The One and Only: Constance Cumbey.

I've done it again. I've gone and gotten myself involved in some meaningless debate about Zionism and anti-semitism on the Internet. I guess I'll never learn. After hearing that my friend Niki Raapana would be on yet another Internet broadcast, and this time with a woman who was an expert on the "New Age" movement and a lawyer, I WAS EXCITED. Finally! A chance to hear some dialogue that was more in depth. Niki has been on many radio shows, but each one is limited mostly to the most basic information about Communitarianism. The better hosts have at least given Niki the chance to explain who Amitai Etzioni is. (real name: Werner Falk)

In a true anti-climax, I never did hear the interviews between Niki and Constance. The broadcasting site that Mrs. Cumbey uses would like 20 of my INFLATED Federal Reserve Notes for one months use of their archive. I decline to waste my money on something that I cannot judge the quality on before I buy it. My only other option was to tune in at the precise time when the show was "streaming" online. Unfortunately this was also the exact time I would be getting off work. Even if I rushed home and tried to tune in: my family requires my immediate attention when I walk in the door.

To make a long story short, I ended up reading the comments concerning Niki's interviews on Constance Cumbey's BLOG. They never really discussed Niki's positions on Communitarianism, and a number of posters decided to attack Niki. The situation only got worse. Constance stopped by occasionally to comment, but mostly remained neutral as her "followers" attacked my friend! I was becoming irritated.

At that point I had resisted defending Niki. Luckily, she had decided to leave Constance's blog all together before I decided to jump in and comment. The thing that finally encouraged me to comment on the Cumbey blog was the accusation that Bobby Garner's views were some how anti-semitism.

To make this short story even shorter, I jumped into the discourse, demanded that Constance define anti-semitism and explain what views of Bobby's she thought fit the bill. You'll have to go read the comments section for yourself. Constance never did answer my questions. Instead she accused me of stirring up trouble, invited me to leave, and after I left, accused me of worshiping the anti-christ. I guess that is a typical woman lawyer for ya. 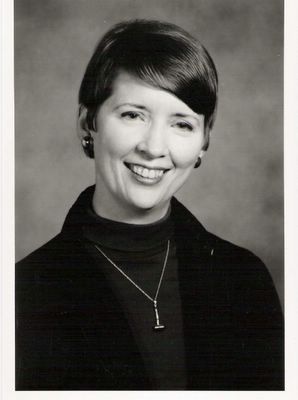 I'm always amazed at the knee jerk reaction you get from people for apposing anything that could possibly be associated with Jews. The most dangerous and active Zionists on earth are Christians. They are full of spite and fire for the state of Israel. Of course they don't really know anything about the state of Israel. Even the ones who have been there have likely traveled on manicured tours-being spoon fed propaganda-having paid top dollar for the privilege. What does the average "christian" know about the history of Zionism? Nothing. Do they care about the genocide and massive relocation of Palestinians? No. They've never heard of it. Even if they have they don't believe it. Or better yet: The Palestinians DESERVE it. After all, they are all born as Jew hating terrorists.

If Constance Cumbey's book about opposing the "New Age" movement was of any value, I'll never know. Her high minded, condescending, and rude demeanor on her own blog comments section has prevented this reader from being intrigued. Besides, as I said to her on her own page, if she had actually written anything that could damage or expose the New Age Agenda, the publisher would have refused to print her book. And then they would have given her name to the right people, so she could be falsely accused of something, and then disbarred. And if she kept it up after that? They would make her life a living Hell. Don't believe me? Click on that top link of mine and start reading!