Jump to 33:14 for the specific allegations: 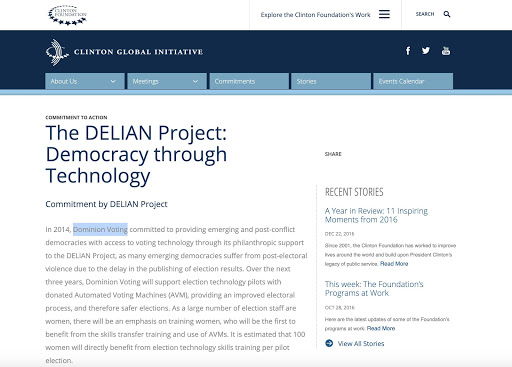 ...just bored and shitposting it.  Might add more.  For the record:

I DO NOT BELIEVE IN THE POLITICAL PROCESS, I THINK THIS IS ALL A 'FROM THE TOP' STRATEGY TO UNDERMINE FAITH IN THE SYSTEM AND PUT US AT EACH OTHERS THROATS SO WE CAN EVENTUALLY HAVE #COMMUNITARIAN LAW:

5 Nov, 41 tweets, 11 min read
⚠️2020 Election Fraud⚠️A collection of videos, pictures and proof that I have stumbled across.

A poll watcher in Philly on 11/3 was wrongfully prevented from entering the polling place
TRUMP Challengers being ejected from ballot canvassing in Detroit on 11/4
Wisconsin township clerk is 'missing' and they "..just can't seem to round her up".She has ballots unaccounted for on 11/4
Multiple reports that sharpies used are invalidating ballots in Arizona
This is what was provided at a Polling Center in San Diego. A Felt Tip Sharpie
MORE "VOTES" Than Registered Voters across country.

The scene at Detroit’s absentee ballot counting center where the windows were being covered up on 11/4
Proof of ballots being dropped off at Detroit on 11/4
People collecting ballots in California on 11/4
They are refusing to let Team Trump inside the Philly counting center even after a judge granted them access.

Whistleblower Details Directive From Superiors: Back-Date Late Mail-In-Ballots As Received November 3rd, 2020 So They Are Accepted
Voting official filling out ballot
Burning Trump ballots in Wisconsin on 11/3
June Aiken (born in 1900) voted via absentee ballot in Jackson County, Michigan. That would make them 120 years old.
The Sheriff of the county that is located in Philly will not enforce a court order against the ballot center on 11/5
A post worker in Nevada offered to give a handful of ballots to undercover journalist
Someone on Twitter was posting about burning Trump ballots on 11/3

The amount of ballots dumped on 11/4 around 4am in Michigan and Wisconsin was massive. A sign of voter fraud.
People working at a ballot center throwing away ballots while the news is broadcasting on 11/3
SF Express is a Chinese multinational delivery services and logistics company based in Shenzhen, Guangdong. Are they delivering ballots?

Summary of events on election night - 11/3

130,000 Biden Ballots delivered to counting office at 4am on 11/4 in Detroit
Philly poll worker admits to throwing away Trump ballots and is proud of it

This is Judge Michelle Hangley of Philadelphia who is not allowing court-ordered election observers to enter the center
Michigan Secretary of State Website has Trump in the lead while Fox News has declared Biden the winner.
Letter to the Clark County, NV District Attorney alleging voter fraud by people who were not legal residents of Clark County.

The number of votes cast for Joe Biden far exceeds those cast for that state's Senate candidates in swing states, while those cast for Trump and GOP Senators remains far closer.

Pelosi owns the Software used to collect and distribute the Election Voting Tallies. She has a back door to control the voting.

Still picking up ballots in California on 11/5
Another video of ballot filling from the Delaware County, Pennsylvania ballot center

I'm not sure the links will transfer, but this is at least an 'imprint' of a thread that alleging voter and election fraud via twitter...
Posted by sewneo at 8:53 AM No comments:

"(Not so poor) INFORMATION TO MANAGE YOUR ANGER"

write it all in a txt or email that you're not gonna send... (or with pen and paper)

make your bed up nice and perfect. Get a small aluminum baseball bat, or a wiffle bat, or a sturdy old broom or mop handle and just WHUP THE SHIT out of your bed with it. One rule: don't stop until you're completely exhausted and can't take one more swing

You sent
about a minute ago

...these have worked good for me. There from a lady name shari shcreiber: (2nd and 3rd video specifically) https://www.youtube.com/results?search_query=shari+schreiber+anger
Posted by sewneo at 12:45 PM No comments:

i OMMITED THE OP's NAME/DETAILS BECAUSE I DID NOT ASK PERMISSION TO RE-POST.

-----
If people are interested in questioning the germ theory and the existence of "viruses" then this is what you should look into.

There are three books that people can read that tackles this question and idea that "viruses" exist and cause anything.
What Really Makes You Ill, Why Everything You Thought You Knew About Disease Is Wrong
https://www.amazon.com/dp/1673104037
Contagion Myth
https://www.skyhorsepublishing.com/.../the-contagion-myth/
Virus Mania
https://www.amazon.com/Virus-Mania.../dp/1425114679
If that is not enough then I have 5 documents with a "virologist" called Dr Stefan Lanka who doesn't want to be called a "virologist" anymore since he no longer believe in the existence of "viruses". He also proved in the supreme court in Germany 2016 that the measles "virus" does not exist and that has challenged the entire scientific community when it comes to the existence of "viruses".
“The Virus Misconception Part 1 – Measles as an example” – by Dr Stefan Lanka
https://truthseeker.se/the-virus-misconception-part-1.../
“The Virus Misconception Part 2 – The beginning and end of the corona crisis” – by Dr Stefan Lanka
https://truthseeker.se/the-virus-misconception-part-2.../
"The Misinterpretation of the Antibodies" with Dr Stefan Lanka
https://truthseeker.se/stefan-lanka-the.../
Dr Stefan Lanka Interview July 2020 - "Virologist", molecular and marine biologist. All claims of "virus" existence refuted.
https://truthseeker.se/lanka_interview_july-2020-english.../
"No Panic - Dr Stefan Lanka on Bird Flu, AIDS and the Corruption of Medicine"
https://truthseeker.se/no-panic-dr-stefan-lanka-on-bird.../
Last but not least, the video material. I know there are a lot of people who prefer watching videos rather than reading books, I am one of those people. So to make it easier for people I have uploaded what I consider the best videos out there at the moment to my bitchute channel at https://bitchute.com/tts
I would also like to state that in an age of information ignorance is a choice BUT ignorance is also the cause of suffering so choose wisely.
Teaser: I have been in contact with a translator of Dr Stefan Lanka's work which told me that Dr Stefan Lanka is currently working on a documentary that will be out shortly. So stay tuned, when I know it's out I will share it.
Posted by sewneo at 12:07 PM No comments: