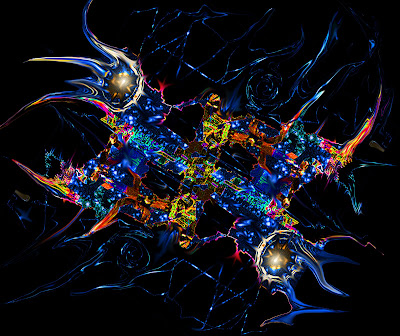 The third subject in my “Essential Thoughts” series is Mystery Babylon. I first was introduced to the term Mystery Babylon while reading the last book of the Bible. Revelation. Revelation is dark, confusing and one of the most argued over books in the Bible. I think it can be safely called the most controversial book on earth. I’m open to suggestions on books that rival Revelation for controversy. Revelation chapters 17 and 18 deal with the symbolic images of a woman riding a beast with many heads. Revelation 17, verse 5 says:

And upon her forehead was a name written,
MYSTERY, BABYLON THE GREAT,
THE MOTHER OF HARLOTS
AND ABOMINATIONS OF THE EARTH.

Here we immediately see the deception in using the words “Mystery Babylon” together. The words are regularly referenced together as such. In this Bible quotation, the word mystery (more accurately translated-“secret”) is separated from “Babylon the Great” by a comma. What the scripture appears to be telling us is that there is a (symbolic) woman who is secretly the mother of prostitution and uncleanness in the earth. The common argument is whether this woman represents a city, a church, a country, or a combination of all of them. I do not offer you an answer based on my opinion nor do I claim to “prove” that I’ve discovered the ultimate truth of these scriptures. Everything I offer here is for the benefit of the reader’s personal studies.

In a Google search for “MYSTERY BABYLON” the top few results are interesting. The first link is a site that claims to prove that the Catholic Church is the “Mystery Babylon” of Revelation. The second link attempts to connect “Mystery Babylon” with New York City and the 9/11 attacks. The third link is a compilation of radio broadcasts made by famous shortwave radio host Milton William Cooper. This last link is the one I consider most valuable. Bill Cooper investigates all of the secret societies and ancient religions, starting from the beginning of time. He tracks then nearly up to the present in his “Mystery Babylon” series. The link provided here appears to have all of the episodes.
Continuing down the list of Google links, we find that various arguments are made, with each claiming to identify “Mystery Babylon”. One claims she could be Catholic or Jewish, a number of links claim that America is Mystery Babylon. Some claim it is a church, some claim it is a system of beliefs within numerous churches or governments, while yet others claim it is the “New Age” or “neo-paganism”… and the debate rages on.
So far, this subject has given me the most trouble in writing and researching. Communitarianism and Zionism were easy to summarize by contrast. How can I explain why I think “Mystery Babylon” is important, if it cannot be defined?
First, let me say that I do not believe that ANY of the links or search results gives us a useable definition.
William Cooper’s series comes closest to defining “Mystery Babylon”—but his definition is 46 episodes long! If you are unfamiliar with the rituals of ancient sun worship and how they relate to secret societies and current political and religious events, Cooper’s series is essential.
Going further, we find sites that claim “Mystery Babylon” is the city of Jerusalem. It is easy to overlook the significance of Jerusalem in world history. The argument can be made that Jerusalem has been the most influential city on earth at different times. Has it? A more important question would be who controls Jerusalem. Even more important—what are the future plans for Jerusalem?
If we could establish what or who controls Jerusalem, or who wants to control Jerusalem, we might be getting closer to solving the secret of Babylon the Great. If we could prove that the identical power controls Israel, the United States, Canada, China and hundreds of other countries, we would be damned close to identifying Babylon the Great.
The suggestion that “Mystery Babylon” is actually British-Israel is a rare one. British-Israel philosophy is based on the false idea that the British Royals are the true descendents of ancient Israel and therefore they have the right to rule the earth according to bloodline and prophecy.
With long hours and specific searches, you can fish out the links that explain the possible roll of British-Israel in the world. Other names for this obscure movement are Anglo-Israel, Christian Identity and “The Vigorous Protestants” among others. It is interesting to note that British Israel believes in Zionism.
Summarizing “Mystery Babylon” at this point becomes a nightmare for the writer/researcher. Let us try:

Mystery Babylon is a symbolic woman on a multi-headed beast who represents a city, a church, a nation, or a spiritual ideology, or all of the above, (or possibly only parts of each.) She could be Catholic, Jewish, British, American, Iraqi, or of unknown origin, and she is the mother of fornication and abominations in the earth. We know that Ancient Babylon was famous for its hedonist paganism and therefore Mystery Babylon carries with her the spirit of neo-paganism, or of the New Age, and she represents the high priestess/goddess of the Mystery Schools and Secret Societies i.e.
Fre
emasonry, Rosicrucians, The Pilgrim’s Society, B’nai B’rith, Scientology, Knights of Malta, the Jesuits, etcetera etcetera ad infinitum.
Her influence is of the devil. Her tactics and goals are well hidden. They are enigmas within enigmas. She uses dialectical devices to further her deceptions and ensure her disguises. Her goal is complete control of the world and the eradication of God himself.

An expert at lies and deception will always be ahead of the game. Knowing the truth will eventually come out; the liar will craft careful plans to sidetrack the “truth seeker”. According to this logic, the promotion of ANY of the above mentioned theories on Mystery Babylon could lead to deception.
For example: If one side claims it is the Catholic Church and the other side claims it is Zionism, it is possible that the REAL Mystery Babylon has maneuvered these pawns into place so they can be blamed and accused, creating distractions and disagreements and thereby shielding the truly abominable harlot from her blame. Controlling all opposition to is an ancient concept.
If you have not studied the Hegelian Dialectic—you are a victim of it. The philosopher Hegel explained his ideas on how to manipulate the masses and “synthesize” a desired effect. By creating a problem, anticipating the reaction, and then providing a solution you can “synthesize” a desired result. This is Hegel’s dialectic in its most base form.
Think of it like this:
You own 10 houses. An infamous mobster in your town comes and offers to insure each of your houses for 100 dollars a month. You politely refuse. That next week, 3 of your 10 houses burn down. The mobster then returns and makes a new offer. He’ll insure your 7 remaining houses for 200 dollars each per month. After very little thought, you take him up on the offer. You’ve just become a victim of the Hegelian Dialectic.

The reason I suggest the study of the dialectical process is this: Whatever “Mystery Babylon” is, it moves forward using the dialectic. It plans problems, anticipates reactions from the masses, and has its solutions ready.

What you are NOT likely to find in studying the dialectic is its fourth phase, called TRANSCENDENCE. This is portion is almost never mentioned, but was unearthed by a studious researched named Bobby Garner. The gist of dialectical transcendence is this: once sufficient amounts of synthesis have been created, you reach a final synthesis. The Transcendence. The transcendence is the process of starting a whole new age. A new game. A “New World Order”. “The Age of Aquarius”… and so on.

We would all do well to study the plans of those who claim to be “elite”. Understanding the desires of men who seek Utopia at any cost will help the reader to predict the future before it happens. This allows us to become physically and spiritually prepared. Many believe there is an ongoing battle between good and evil—Between God and the Secret of Babylon the Great. I confess that I believe this battle is real, and I believe that the Victory is in understanding the words of Jesus Christ.
Posted by sewneo at 8:59 AM 4 comments: