I have been studying this topic since at least 2004. Maybe earlier. Back then it was 'forum posts' where you'd see the blatant hijacking and 'flaming of threads'.

There were guides showing how 'agents/shills'were assigned to take over boards or how to slide & bury information that they wanted to keep out of the public eye.

This huge thread from reddit explains how pervasive all of this is now in the late 2000s:

r/shills - Astroturfing Information Megathread- revision 8590 votes and 49 comments so far on Reddithttps://bit.ly/2GcXTYw
This is all very real, but most people just don't know or they discount how serious the problem is, because the internet "feels real"... Especially social media.

It really feels like you're interacting with real people.
And having a lot of "irl" contacts hides & masks that up to 40-50 percent of your interactions are with paid agents, shills, astroturfers (especially in political arenas), & lots of bots & AI.... So it's impossible to tell if you're even dealing with real people!
People get lulled into a comfortable stupor online.... Their social media and other web interactions make them forget that people are vying for their attention and especially for their money and consent.

If you click "bot farm", these photos and articles are prevalent: 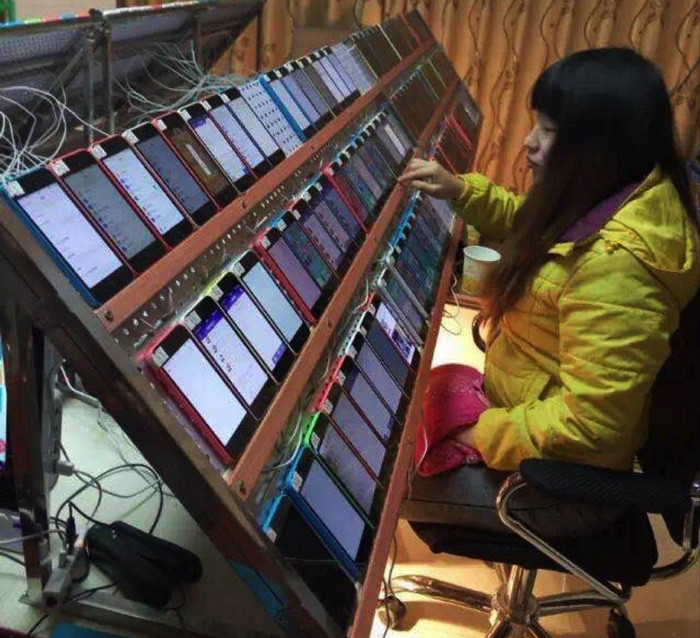 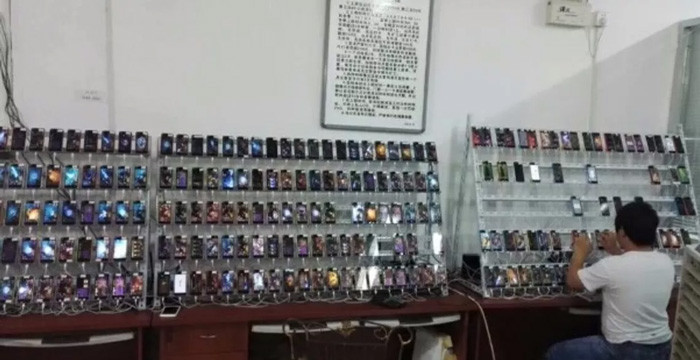 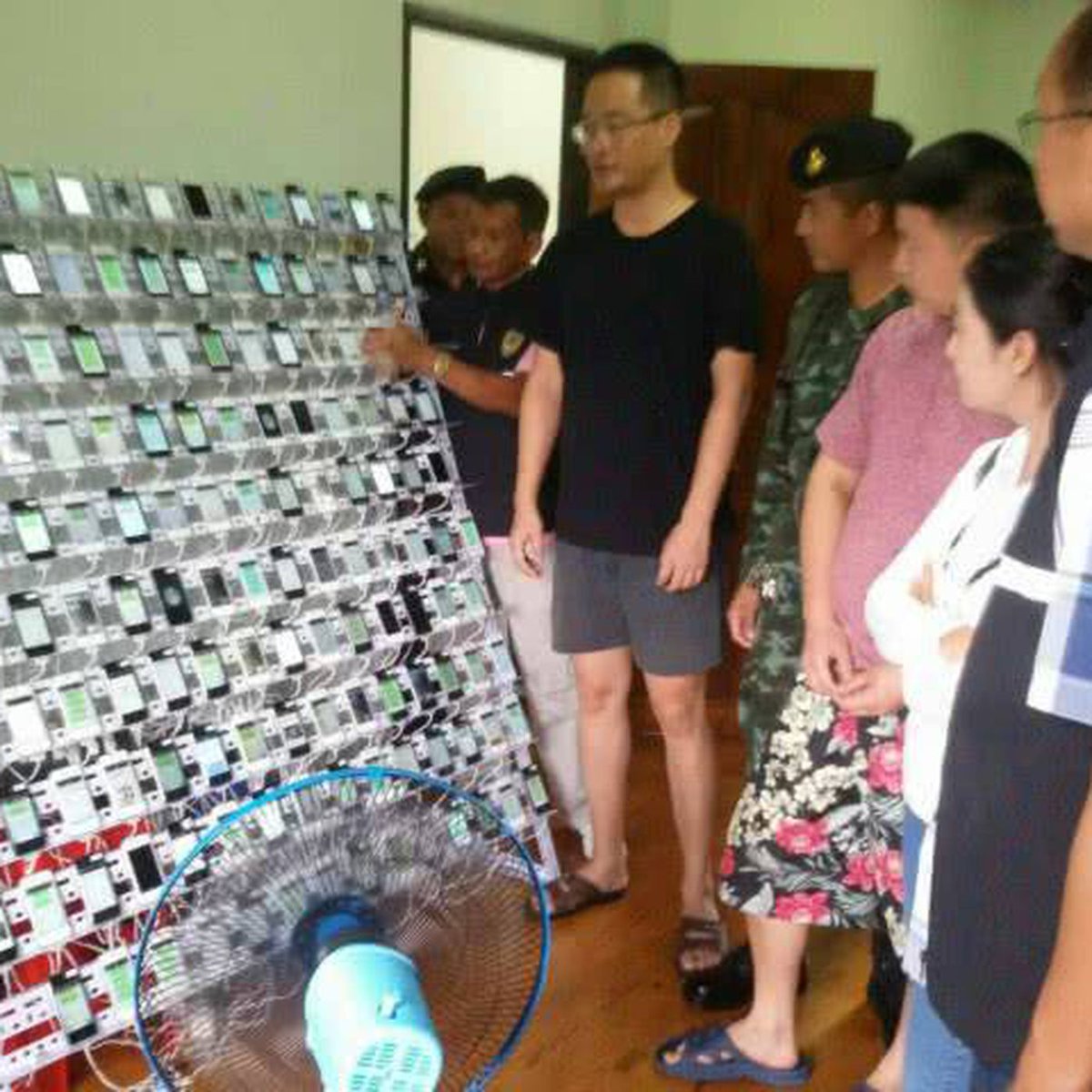 Now THINK! Go back and really study this reddit link:

r/shills - Astroturfing Information Megathread- revision 8588 votes and 49 comments so far on Reddithttps://www.reddit.com/r/shills/comments/4kdq7n/astroturfing_information_megathread_revision_8/
It shows that gov't, military, intelligence agencies, mega-coroporations and others are all working day and night with billion dollar budgets to manage your online experience. It's an illusion that it's organic. It's not. They trends are set by agreement.
The censorship & 'narrative creation' is worse than ever before. They are slowly hedging us into a series of digital prisons--AND--they are polarizing us & making us fight against each another.

PLEASE STOP FALLING FOR IT!
WAKE UP. THINK!

Your web experience is NOT organic.
The first interview I ever did online was with @jessewaugh. He invited me to talk about the tactic called "paralleling". Jesse is passed away now. He got sick in 2019 and never recovered. (#rip)

He was one of the 1st people to get popular on yotube for casting doubt on #Nukes.
IN our interview, he explains how shills took over his message board and made it all about hating jews and hiding the organic conversations that were leading to good research and discoveries.

You can listen to the interview here:

SEAN ALGER ON PARALLELING — Jesse WaughSean Alger enlightens Jesse Waugh on methods which have been used to co-opt authentic discoveries of the truth behind covert government operations - including spelling out how Jesse's own NUKE LIES vi…https://www.jessewaugh.com/radio/2018/3/30/sean-alger-on-paralleling
I learned these techniques in the early 2000s from a woman who was called "Christian Attorney Linda Kennedy". She was a lawyer who got disbarred in Virginia for exposing corruption and document forgery (and more) in the courts of that state.
I haven't seen her online in more than ten years. I would not be surprised if she's dead or gone into hiding.

She had a show called "Precious Time Radio" and all the archives and web pages are scrubbed or just dead links.

She would explain the tactics used by intel agents.
"PARALLELING" is the one I think is best to be aware of. They use it to get you off track from the 'real truth'. They create a nearly identical narrative--remove the info they don't like--& get some agent to promote it in a similar way to the truth.

There are other tactics too:
LIMITED HANGOUT: This is when they run stories about something like Epstein or other 'controversies', but they only reveal a small bit of the facts, & they also 'steer you wrong' in their conclusions. Netflix docu-series about 'mee too' or 'pedos'... these are limited hangouts.
By searching "Archive.org" i just found some old links and audios on Kennedy's old web pages.

If you wanna giggle at bad web design and see some of the references, CLICK HERE NOW: web.archive.org/web/2007062619…
In conclusion,

I had to leave this thread and finish up after a bunch of errands, so I kinda lost my flow along the way.

I'll include an archive from a little known researcher named Bobby Garner, who had the now defunct 'congregator.net'.
Here's a link to Bobby's email archive... It was a treasure trove of research and especially valuable for understanding disinformation and using it to see how so much misinformation is created by it.

web.archive.org/web/2008112102…
If you've made it this far--THANK YOU--and remember, if you ever doubt that we're all being played like a fiddle in the 'information war', just remember this thread--or--google the 'counter-intelligence budget' for any of the years in the last decade, and remember:
THAT'S THEM ADMITTING HOW MUCH THEY PAID TO OPENLY LIE TO US ALL ABOUT WHAT'S REALLY GOING ON!